Saturday 7th March. My brother Philip came out to Wakefield to stay the night so we could get an early start the next morning.

Sunday 8th March. Up early 0530, finished packing the car – 1969 Wolseley 18-85.  Breakfast, then off to pick up Reg Nicholson in Nelson at 700.  A good drive from Nelson to Picton to catch the Interislander.  Met up there with Gordon and Beryl Duthie and Jay Patterson and crew. Both with 6-110s.  A good sailing arriving in Wellington after lunchtime.  A short drive took us up to our accommodation at Capital Gateway.

We checked into our room then went and got our Rally Pack and had a coffee and a catch up with other Rally goers.  Our Rally number was 1, first Rally that I have been Number 1.  That night we all had tea at the Capital Gateway and a very nice meal it was.

Monday 9th March. Up early and on the bus by 8.15 and off to the Cable Car in Wellington.  As it was after 9am when we got there all us old pensioners could use our Gold Cards to ride on the Cable Car.  It was probably 25 years since I had been on the Cable Car and it had changed for the better. Then we went to the Planetarium where we were shown the moon landing and space race.  Also shown and explained by a guide was the night sky and planets and stars etc. We had morning tea at the Cable Car Café.

Next the bus took us on a tour of Wellington.  We went up to the Rose Gardens.  I would not be very keen to take the Wolseley as some places were very tight, but the bus coped alright having rear wheel steer.  Then we went to Te Papa for a couple of hours and ‘Buy your own lunch’.  Met back at the bus outside at 2pm, then off to Weta Workshop where we were split into two groups and guided around the props. Also had a short video of films etc. they have had a hand in.

Got back to Capital Gateway to freshen up and have a drink.  6.15pm back on the bus and into Wellington to go on a harbour cruise on the boat ‘Sweet Georgia’.  As the weather wasn’t the best the boat took us over to Petone.  On the way we could buy drinks at the bar and the staff kept bringing out snacks, samosas and meat balls on bread.  When we were parked up at Petone, the staff laid out a BBQ tea for us – spuds, steak, sausages, salad, – very nice, all cooked on board.  Got back to Capital Gateway at 10pm.

Tuesday 10th March. Up early again, this time we packed our cars and headed off to Southward Car Museum.  Upon arrival, Wolseleys were parked up in a line, (great photo shot), then we had morning tea and were given a quiz to fill out.  We had two hours to look around the vehicles at Southwards then on to Levin where we filled up our Wolseley – $53.10.  Next, we went round to the VCC club rooms in Levin where they put on lunch and judged the Wolseley’s.  We had access to the library and the spare parts shed.  I got an oil filter for my 18-85 for $5.  Bargain!  The factory licorice shop was cross the road where everyone could stock up.

Our next stop was Ohakea Airforce Base at Sanson where we got to see some planes including a Spitfire.  Then on to the Copthorne Hotel in Palmerston North for the night.  Nice accommodation.  We were to buy our own meals in Palmerston North. Next morning we assembled in the car park for instructions and headed off to Fielding.  We were to split into two groups for visits to a museum and train, but due to unforeseen matters, this was cancelled and we went to Woodville, stopping on the way to view the Wind Turbine Farm. 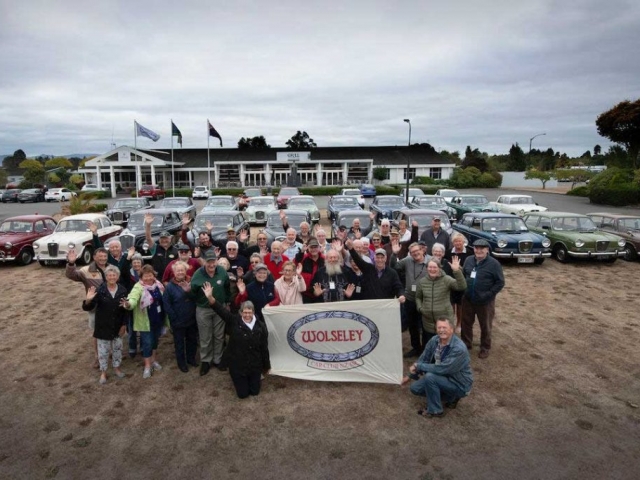 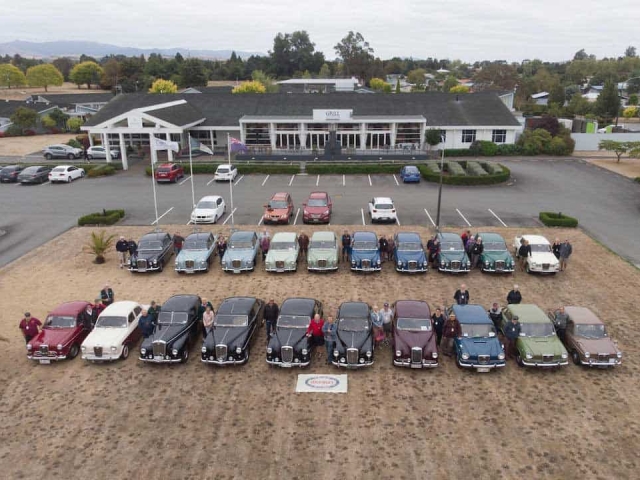 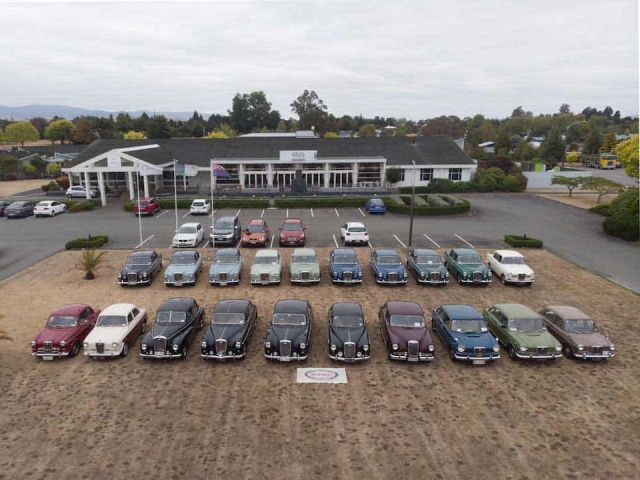