After a busy afternoon renovating the kitchen I sat down and was surfing the web when my wife holds up her iPad and goes “What about this then?” She then shows me a picture of a 1968 Wolseley 1300.

Described in as ‘too good a condition to break but a non- runner’,
I offered him a bit less than his asking price and soon became the proud owner of the car. I now had to figure out how to get a non-runner home. 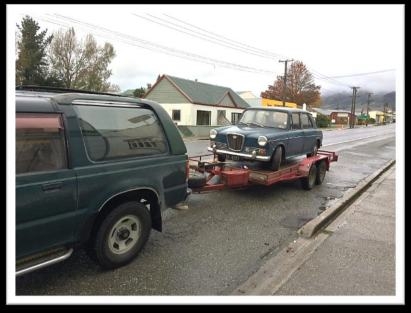 Fortunately, the local hire centre has a salvage trailer for hire so one afternoon after work we hitched it up to the back of the trusty Mazda (another vehicle she pointed out before uttering the fateful words, “This looks ok.”), drove to Tapanui and brought him home.

He came with a folder full of information which should make it easy to register under his original plates and is as good as the photos looked.

After a break of many years of owning assorted Rovers, Land Rovers, MGs and my current classic 1991 Holden Commodore LS, I then got stuck in to the task of getting it running and looking presentable. First thing we did was put a new battery and spark plugs and leads into him. He would turn over which proved that the engine wasn’t seized but wouldn’t fire up. Dismantled the float bowl and there was no fuel in there, so on went a new fuel pump and gave the carb a good clean for luck and for the first time in at least 4 years he fired up and ran on 3 V2 cylinders, most of the time.

Whilst waiting for parts to turn up I got stuck into the aesthetics of the Wolseley and polished up the 40-year-old paintwork. Two days later, here goes the finished efforts. The engine is back together with a new head gasket after a quick look inside after spotting a water leak down the side of the block. Now all that remains is to sort the brakes, clutch, a tiny bit of rust and getting the hydrolastic suspension pumped up as it is currently riding 25mm lower than factory spec. 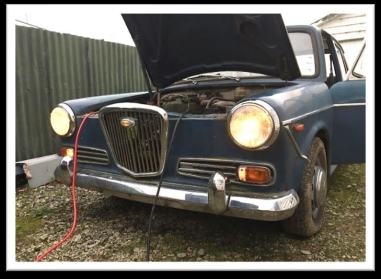 Then it will be used as BMC intended and driven as much as possible on club runs as well as jaunts around the place. 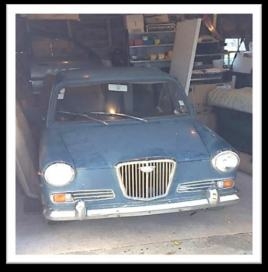 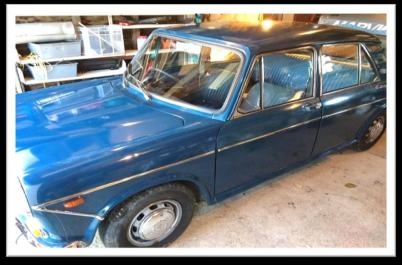 Well, it’s coming up to two years since bringing him home and starting to get him back to road-going specifications. The tiny bit of welding led to a bit more, but not as much as there could have been.

In the process of getting him back on the road I soiled out some of his history, but as I don’t have the original ownership papers it is patchy in places. 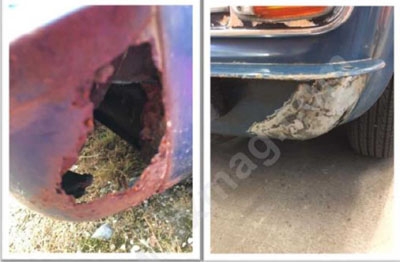 The more interesting repair to do.  After a couple of false starts, I managed to form the shape I wanted and weld it in.

He was sold new in Dunedin in 1968, according to his “Passport to Service” booklet, which I still have. He is a very early Mk2 and wears some Mkl chrome trim as he was made in the changeover period between the two. BMC practice at the time was to use up all existing parts before putting any updates down the line. He is also a single carb. 1275cc, manual gearbox car and as such probably shouldn’t exist. As a consequence, I have been told this makes him quite rare and in the UK quite sought after. 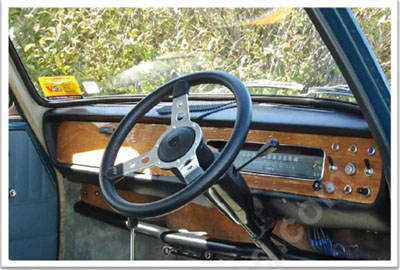 Typically Wolseley plank of walnut dashboard. I saw the steering wheel on Trade Me and couldn’t resist. The original was cracked and worn, but I still have it so it can be reinstated if need be. 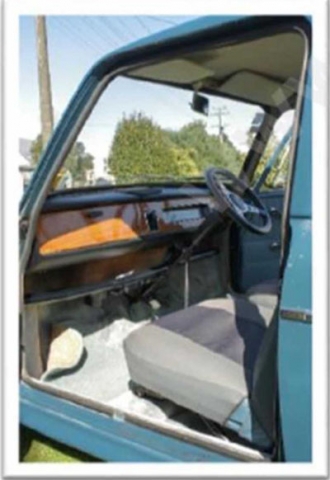 The view from the passenger side.

After many years’ service by what I suspect was now an elderly couple he was sold on to a young woman in Dunedin who used him daily and kept him in good repair. I have spoken with her and got a lot of information about him from when she had him. The only reason she sold him was she had a young family by then, and he lived outside and she could see him deteriorating before her eyes.

He was then sold on to another owner in Mosgiel and there the trail goes cold. He was deregistered in 2009 until I picked him up in Tapanui. The person I picked him up from had bought him with the intention of putting him back on the road but had never got around to it. Fast forward to August 2019 and he was finally back on the road, still wearing his original black number plates.

Mechanically all I needed to do was rebuild brakes, clutch, replace points, spark plugs etc. and new tyres, and that was about it. I still don’t know why he was taken off the road and can only assume it wasn’t mechanical. His first outing was on the Combined Rally in Cromwell and he performed well, cruised at lOO km/h and returned decent fuel economy. Oil economy on the other hand, we’ll come back to that.

Now he was back on the road we attended as many rallies as we could with son Ryder navigating and Dad providing commentary and navigational support. The more he was used, the more I decided how much fun he was to drive, although I did have to be careful jumping back into the Commodore and remember that a 3.8 litre ex-Buick V6 has way more shove than a 1.3 litre BMC A series. 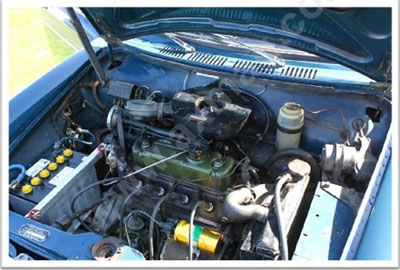 The 127See B\fC “A ” series engine, after a good service and now what amounts to a freshen up, seems to he still quite a strong wee’ engine.

After about six months of driving I decided that the oil economy needed to be improved. A quick look around the engine showed a couple of leaks, nothing too serious. But I had noticed puffs of a light blue hue every now and then in the rear vision mirror A compression test showed pressures that were even and within spec, so I decided a top end overhaul might be the way to go. I took the head off, had it skimmed to remove some wear between number 2 and number 3 cylinders and then pressed in new guides and replaced all the valve stem seals with new ones. I also fitted them to all valves as the factory originally only fitted them to the inlet valves. I reused the valves as I couldn’t get new ones and had decided the play was acceptable. The valves were lapped back in and it was all reassembled.

The engine now doesn’t burn oil and runs very smoothly. Just the leaks to sort out now! He has what could best be described as a “twenty foot” paint job.  From twenty feet away it looks OK. He has had some repairs in the past and the paint has shrunk and cracked and isn’t a perfect colour match. As someone once said, “a car is only original once” and I haven’t decided where to start and when to stop paint-wise. As he stands now, he scrubs up well, is drivable and capable of attending rallies both near and far.

Last Updated August, 2020
We use cookies to ensure that we give you the best experience on our website. If you continue to use this site we will assume that you are happy with it.Ok