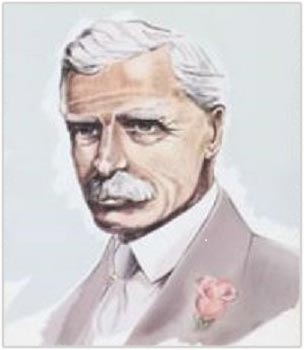 John Davenport Siddeley was born at Longsight Manchester in 1866, he was the son of William & Elizabeth.

His father owned a Hosiery Mill in which he first started work at the age of 15, having been to school in Altrincham Cheshire where he grew up, and later at Beaumaris Anglesey where he worked in the mill with, as he put it, little pay. This encouraged him to train as an engineer attending Manchester Technical College and afterwards at Owens now Manchester University.

When he was born the horse and cart were predominant with the railways in their early days. At the time of his death in 1953, we had reached the age of supersonic flight. His contribution to these advances was considerable, starting with the Bicycle of which he was a prodigious exponent.

He was successfully racing bicycles for the Humber Cycle Company and in 1892 he joined them and became their only designer draughtsman. However, this was not to last for long as he got head-hunted by Harvey du Cros of the Dunlop Tyre company in 1893.

At that time he moved to Ireland in March, but not before getting married in Manchester to his wife Mabel They did not stop there long and arrived in Coventry in August 1894 in time for the birth of Randle’s grandfather Cyril.

JDS was sent to Coventry by Dunlop to be their representative. Realising the potential of the pneumatic tyre for giving added comfort to wheeled vehicles he set up his own company in 1898 called the Clipper Tyre Company in Fleet Street Coventry importing continental tyres; this was possibly the first of the ‘quick fit’ tyre companies.

In order to publicise his products he undertook and organised a marathon cycle ride from Lands’ End to John O’Groats, his main part in this venture was to make sure everything ran smoothly rather than ride all the way himself, and he could be seen carrying his own design lightweight bicycle over his shoulder and briefcase in his hand at various railway stations on route, either joining the ride or going on ahead to make sure accommodation was ready and sending telegrams to newspapers so as to get maximum publicity. It would indicate that he was 100 years before his time in being his own Spin Doctor! 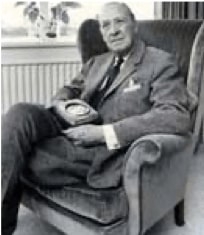 Before the company moved premises to Alma Street in 1901, they started to manufacture their own tyres. This was next door to Dunlop’s fire engine house. At this time he decided that his future was in motor cars rather than tyres, so he sold the company to the Dunlop Tyre Company.

He then started to import Peugeot cars from France and formed the Siddeley Autocar Company in 1902, little did he realise that many years later two of Peugeot’s factories would be based in Coventry.

He built his body of work on imported Peugeot chassis and marketed them as Siddeley’s. The company produced a range of motor cars based on the Peugeot chassis, at this point in time things became a bit complicated as he was selling Siddeleys but also working on designs for the Wolseley Tool & Motor Car Company, which was part of Vickers Sons & Maxim, using vertical engines instead of the then more conventional horizontally-opposed cylinders.

He had approached Vickers through his friend Lionel de Rothschild. 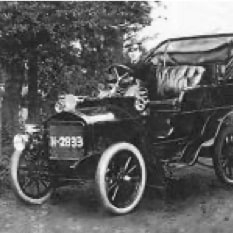 He introduced such things as shaft drive for small cars instead of the more cumbersome chain used up to then, he also made use of aluminium castings to help reduce weight.

Vickers were impressed with his designs and in those days, innovations which we now take for granted. They made him an offer he could not refuse and so the company became Wolseley Siddeley, with him as Sales Manager.

This happy liaison continued for some time but in 1909 he left Wolseley Siddeley and joined the Deasy Car Company here at Parkside as works manager, he soon proved to be so good at his job that he was promoted to Managing Director. 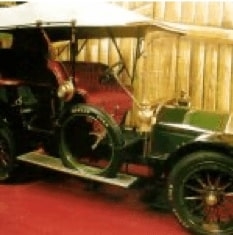 He decided that the facilities were inadequate to produce cars economically and completely reorganised the works over the next 12 months.

During this period the opportunity was taken to redesign the range of cars and call them “JDS type Deasy” cars during 1910, using amongst other engines the sleeve-valve ‘Silent Knight’ engine.

Apparently, one journalist described the cars as “silent and inscrutable as the Sphinx”. This appealed to my Grandfather, and he adopted as a mascot the Grecian version of the Egyptian monument, but in a “sitting position” which continued up until about 1932, at which time pity was taken on the poor animal and he was allowed to lie down.

This continued in one form or another right up to 1960 when car production ceased, the 346 Sapphire Sphinx even had a couple of jets to help it along. 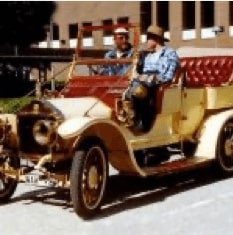 His association with Deasy started a few years before in 1906 after S F Edge driving a Napier won the Gordon Bennett Trophy which required the ACGBI (Automobile Club of GB and Northern Ireland) to organise it the following year.

This caused a bit of a problem as motor racing on public roads in GB had been banned, so the only option was for the race to take place in Ireland.

The Club had little or no idea how to go about it. Fortunately, help was at hand in the form of the Midland Automobile Club – Chairman, one J D Siddeley. The Club, which claims to be the oldest Car club in GB, had recently set up Shelsley Walsh hill climb near Worcester and gained experience of motor racing.

In conjunction with Deasy, he set up an organisation to run the Gordon Bennett Trophy Race and from this developed the national governing body for British Motorsport – The RAC Competitions Committee as it is known today. 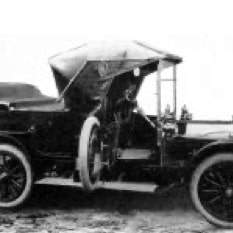 In 1912 the company name was changed to Siddeley Deasy better known in Coventry as “Diddle ’em Easy”. At the same time, Stoneleigh Motors was formed to cater for the light car market, more of this later.

Vickers got a bit upset at this, thinking that they held the rights to the Siddeley name, but as JDS pointed out to them in a one-page letter, when they took over his company he had never given them the rights to use his name and that they had no legal right to use the name Wolseley Siddeley either and would be hearing from his Solicitors if they continued to do so.

He had learned his lesson when he worked for Dunlop when he saw how Harvey du Cros induced John Boyd Dunlop to sign away the rights to use his own name.

The factory was then turned over to war production, producing lorries and other vehicles. At this time the Royal Aircraft Factory at Farnborough lost its monopoly of design and production of aero engines and in Coventry Siddeley Deasy along with Humber, Daimler and Standard became aero-engine producers. Siddeley acquired three of Farnborough’s top men to help set up and run the operation. 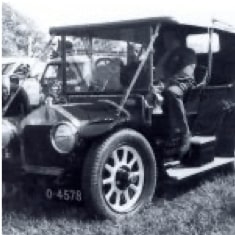 During the war, the workforce increased in size enormously from 500 employees to 5,000 by November 1918. The area of the works increased to over 25 acres to accommodate the enormous aero-engine production required.
At the end of the war in 1918 negotiations were opened with the Sir WG Armstrong Whitworth company of Newcastle-on-Tyne with a view to merging their two enterprises, this resulted in the formation of Sir WG Armstrong Whitworth Development company in mid-1919, later that year on the 1st November three announcements were made.

The second that they would then manufacture The Armstrong Siddeley car as well as continuing aero-engine production.

The third was the announcement of the Armstrong Siddeley 6-cylinder car of 29.5 hp. so starting a new era.

The cars attracted a notable clientele, including the Duke of York who later became George VI, and Sir Malcolm Campbell who had a Siddeley Special Six in the 30’s.