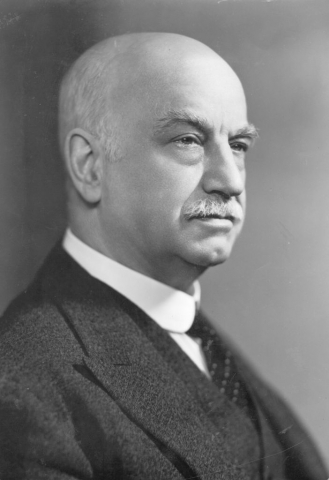 Herbert Austin, the founder of the Austin Motor Company, was born 8th November 1866 at Grange Farm, Little Missenden, Buckinghamshire. His family moved to Wentworth, Yorkshire where his father was appointed farm bailiff on Earl Fitzwilliam’s estate. He was educated at Wentworth School, Rotherham Grammar School and Brampton Commercial College.

His mother secured an engineering apprenticeship for him with a firm in Melbourne, Australia, which he took up in 1884. After working for a number of companies he was invited by Frederick Wolseley to work for the Wolseley Sheep Shearing Company. He was so successful that he was offered the post of manager of their British operations, which he accepted and returned to England in 1893.

Kelly’s Directory for Birmingham, 1894, names Herbert Austin as Inspector of the Wolseley Sheep Shearing Machine Co. Ltd., 58½, Broad Street. Whilst working for Wolseley he built 2 experimental tri-cars, the first in 1895 and the second in 1896. This second car was exhibited at the Crystal Palace exhibition of that year.

The first 4 wheeled Wolseley was built in 1899. This car was entered for the Automobile Club of Great Britain’s 1,000-mile trail in 1900 and took first prize. In 1901 the Wolseley Tool and Motor Company, with financial backing from the Vickers Armaments concern, was founded at Adderley Park with Austin as its manager. In 1905 Austin resigned from the Company in order to start his own company the Austin Motor Company. 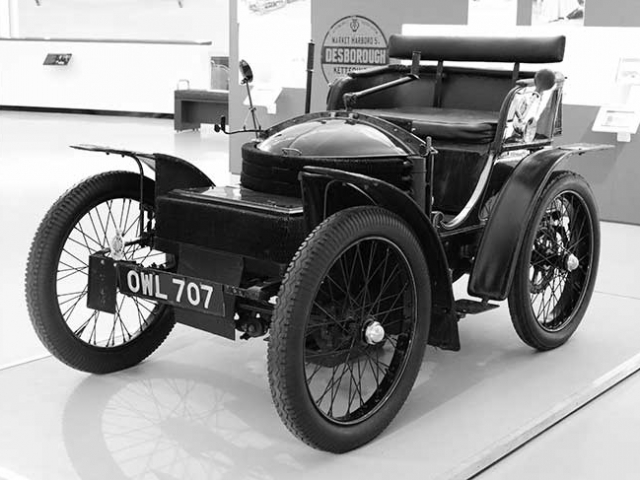