A conversation with Colin and Matthew Hey at last years’ AGM in Palmerston North informed me that Simons Verkerk’s 16/60 was still for sale at a very reasonable price. The idea was discussed with Colin and Matthew and further with Gordon Duthie on the flight home. By the time I got home, I had made the decision to follow it up further. I re-read the ad in the Wolseley Word from a few issues back and rang Simon. He then kindly e-mailed me some photos within the week and confirmed the price. SO!! Going by the photos and information from the Hey’s and Simon the decision was made to buy the car there and then! Rang Simon to tie up the deal and arrange payment and thanked him for selling it to us. Then it was to arrange a time and date to pick up the car.

Simons advert in the Word would have to be one of the most honest I have read in a long time. Advertised as ‘in mostly original condition, reconditioned engine approx. 2 years ago, bodywork very good – could do with some cosmetic work to make it excellent but on the whole, a very tidy and reliable car that can be taken on any event with confidence’. Well, he was bang on – it was as described. I was very impressed and happy with the first look over. Paperwork all signed, keys in the car and after a look over his Mk2 Cortina and a good chat and catch up it was time to check it over (water, oil etc.) and head for Dunedin.

By following Colin Hey’s reports in previous Words and reading the receipts I have a fair idea of the work carried out on this car for the last few years. Rebuilt engine (2015) done 4360 miles since rebuilt brakes around same time plus re-cored radiator. Future-proofed with alternator fitted as well as spin-on oil filter conversion fitted (MGB-B series engine setup). So as you can see, fairly much major mechanical work done. So now up to myself (paintwork) and my brother (the panel beater) to finish her off cosmetically. Just minor work needed on the body and then a full respray. Seems a shame to do away with the original paint but I think it’s easier to respray her than try and match and touch up years old paint. Plus she deserves it. A couple of small repairs inside is all else she needs.

We’ve already started putting a few personal touches on the car. Barbara watched horrified as I took a drill to the car for a radio aerial and places for the brand new WIPAC fog lights I’ve owned since the late seventies and never been on a car. As for the radio, I’ve not got the heart (or nerve) to remove the radio blanking panel in the dash to fit it. So using CAD -not computer-assisted design, something more simple – cardboard assisted design (worked years ago!), we are making a floor-mounted centre console plus space for some power sockets. This is where Barbara’s passion for woodwork is coming into play. It will be easily removable if needed. She has already worked out it will be stained and varnished
to match the dash as close as possible. 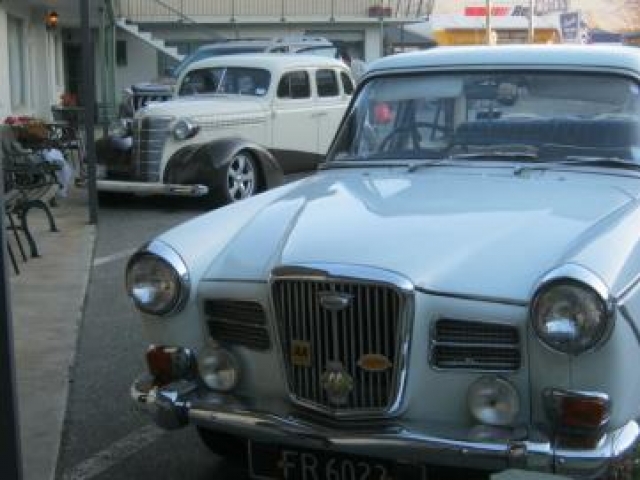 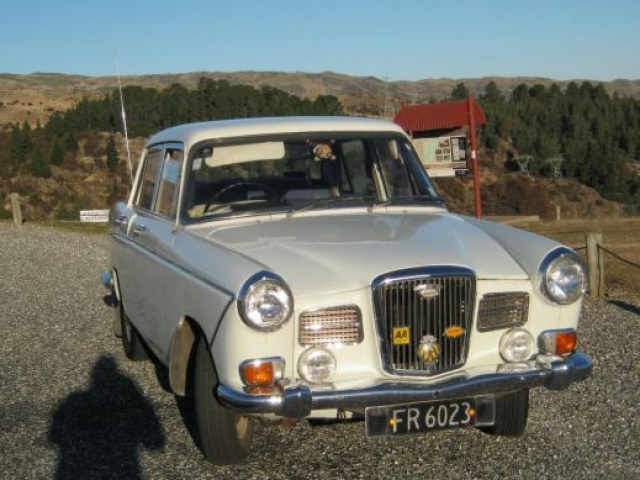